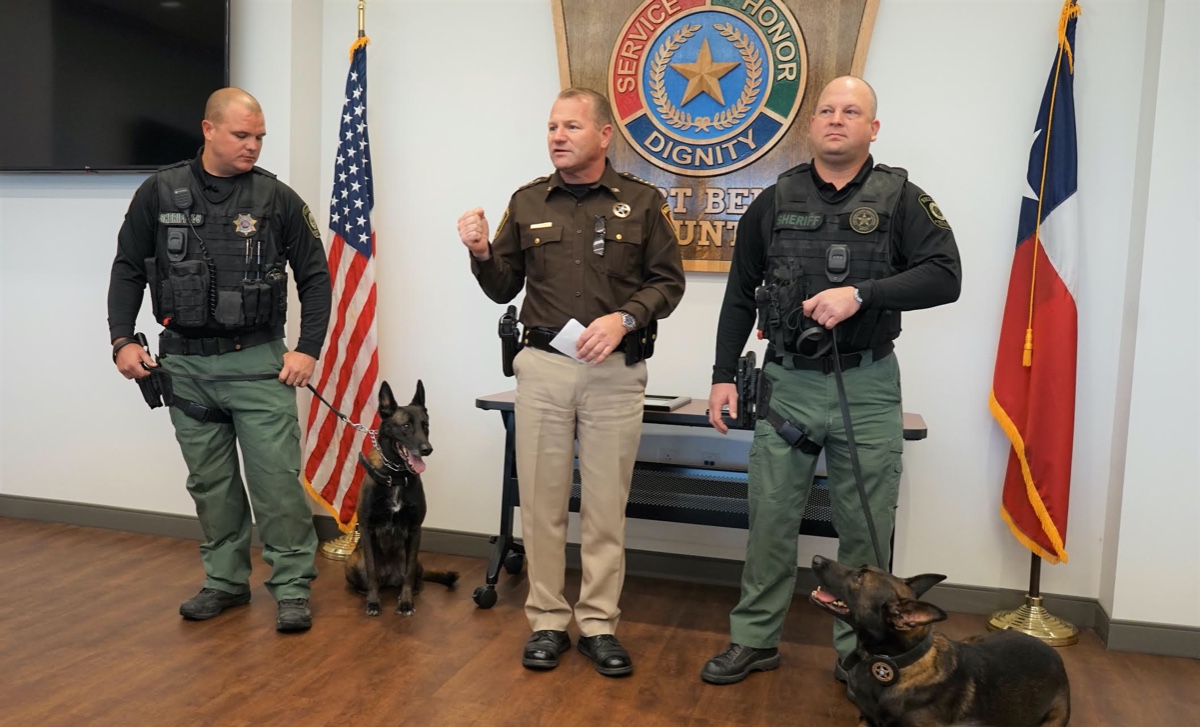 K-9 Rudy was partnered with Deputy Tully Mangum in August, 2014 and was assigned to the Patrol Division. During his time in service, Rudy assisted in arrests, conducted building searches, and helped track fleeing suspects.

K-9 Kaja was partnered with Deputy Daniel Tondera in October, 2014. She started in the Patrol Division and was later moved to the Narcotics Task Force. During her time in service, Kaja helped confiscate more than 1,400 pounds of drugs worth more than $8 million.

"We've been lucky to have K-9 Rudy and K-9 Kaja be part of the FBCSO family," said Sheriff Troy Nehls. "Thank you for your hard work protecting our community."