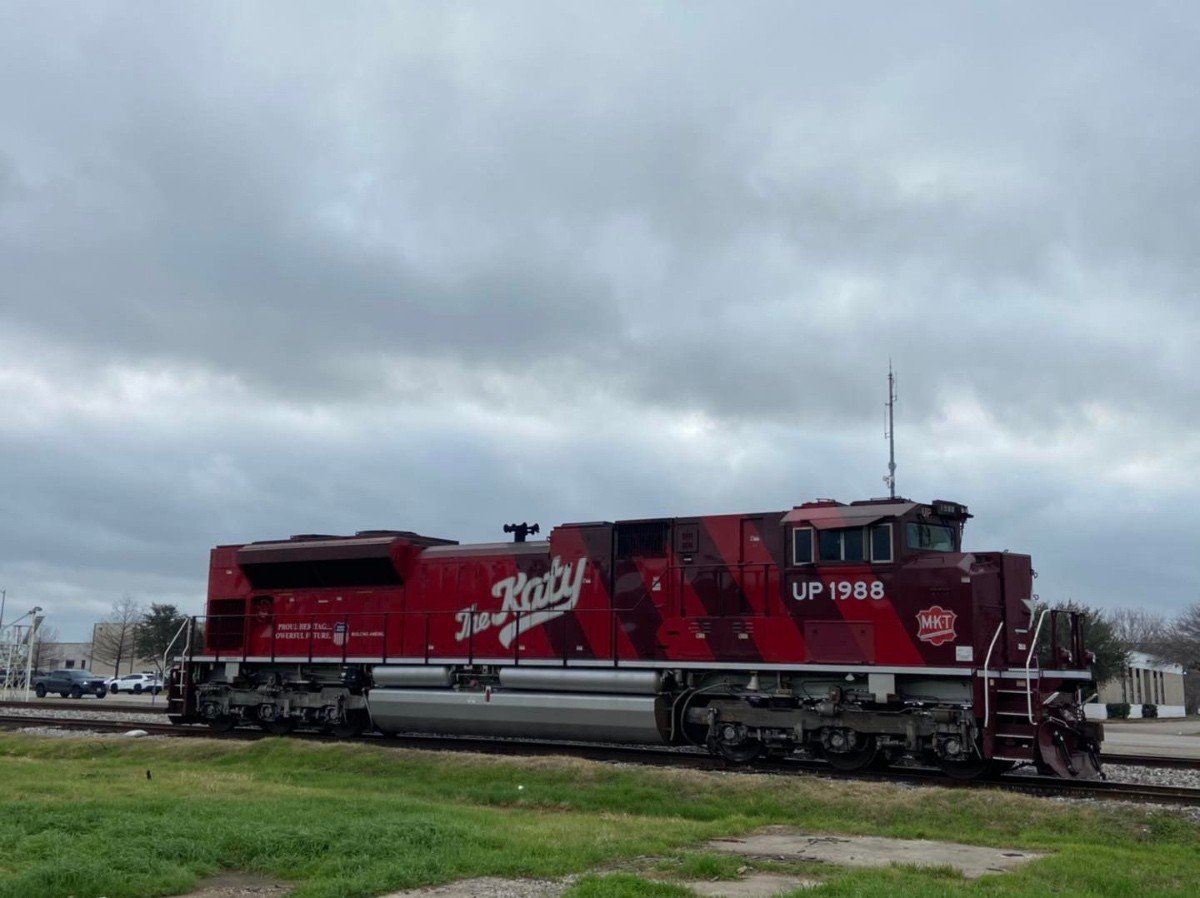 Read the rich history about this historic train from the Katy Heritage Society about why “The Katy” arrived here on Wednesday, January 11 in the City of Katy and what it represents in this city. This locomotive was not named after this city- Katy was named Katy for the same reason this engine is named The Katy! No other railroad in this country has retained its historical equipment and honored its past like the Union Pacific. The preservation of its fleet speaks to the high value UP places on its heritage and its role in America's history. The fleet itself dates back to 1912, but most of the passenger cars are closer to a half-century old – built during the height of passenger train travel. Each car is unique and chronicles a different chapter of Union Pacific's past. For more than a century, they've transported iconic individuals – presidents and senators, generals and soldiers, artists and architects, singers and actors – people who influenced and transformed America.A very rare honor, Union Pacific has created only 17 commemorative locomotives in its more than 150 year history. Some pay homage to the the predecessors that merged into today's Union Pacific, while others recognize important organizations in American society.The Missouri-Kansas-Texas Railroad, affectionately referred to as the Katy, was created in 1865. By the time it joined Union Pacific, the Katy served six midwestern states with more than 3,377 miles of track. It was an important north-south link between the Midwest and Texas, especially for the growing coal business. The Katy had primary operating centers in Denison, Texas; Bellmead, Texas; and Parsons, Kan.; and was headquartered in Dallas.While it's here, Katy families can come see this historic train in Katy and celebrate a piece of Katy history. It is at the intersection of First Street and East Avenue.
Reply
* Reactions disabled on political threads.
What are your thoughts? Log in or sign up to comment Log in » Sign up »
Replies:

Awesome!
Reply
* Reactions disabled on political threads.
Post a comment »
** Would you be interested in keeping up to date with news & events going on in the Katy area? Consider supporting an alternative social media platform for Katy by creating an account today! (it's fast, easy, privacy focused, and free!)