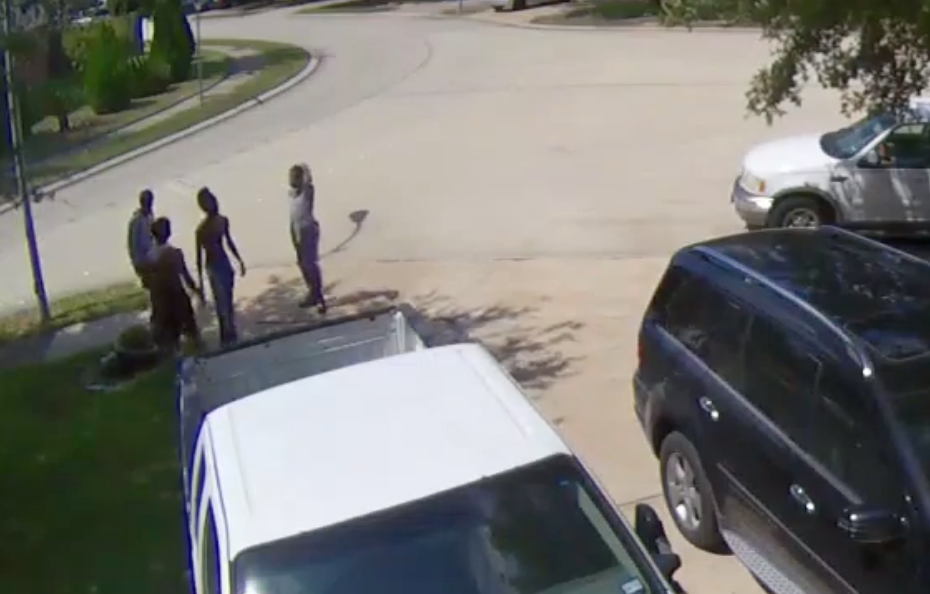 Investigators with the Violent Crime Unit need the public's help in identifying four (4) male subjects wanted for the aggravated robbery of two men on Sunday September 15, 2019, in the 3800 block of E Piper Grove in Mayde Creek subdivision in far west Harris county.The surveillance video below shows the four males a few minutes before the victims arrived.The two men, ages 20 and 15, were meeting with the unknown individuals to sell them tennis shoes.As the two men pull up to the curb, two of the four males approach the vehicle. One male pulls a handgun and forces them into the vehicle while entering the back seat of the vehicle.The driver then tries to drive away from the scene while the other male tried to push the suspect out of the vehicle.The driver crashed into a parked vehicle, and the suspect fled from the vehicle.The suspect discharged his weapon during the crash and it grazed one victim in the back. Neither men were transported to a hospital for any injuries.Investigators feel the suspects live in close proximity to the robbery and are hoping someone will recognize the males.Anyone with information is urged to call the HCSO Violent Crime unit at 713-274-9100 or Crime stoppers at 713-222-TIPS (8477).Crime Stoppers may pay up to $5,000 for information leading to the charging and/or arrest of the suspect in this case.Information may be submitted online at www.crime-stoppers.org or through the Crime Stoppers mobile app. All tipsters remain anonymous.
Reply
What are your thoughts? Log in or sign up to comment Log in » Sign up »
This discussion has been locked.
« Back to Main Page
Views: 788