~ 10 mos ago   Aug 09 2019, 9:44am
Homicide investigators need your help solving the murder of 27-year-old Frederick Kennedy Jr., who was gunned down outside a Katy apartment complex. 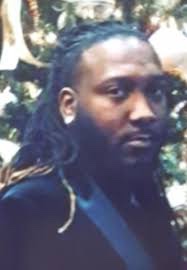 On Thursday, August 2, 2108, at approximately 1:40 a.m., Harris County Sheriff's Office Patrol deputies were dispatched to 5751 Greenhouse in regard to an in-progress call for service. Upon arrival, deputies found Kennedy Jr, lying in a common area of the complex. Kennedy suffered multiple gunshot wounds, and was pronounced dead at the scene by EMS personnel. Witnesses stated that four males were seen fleeing the scene. Three different vehicles were observed leaving the complex directly after the shooting, they are a light colored Lincoln MKZ, a dark colored GMC or Chevrolet truck and a gray colored Ford Edge. Robbery is believed to be the motive. Anyone with information is urged to call the HCSO Homicide unit at 713-274-9100. Crime Stoppers may pay up to $5,000 for information leading to the charging and/or arrest of the suspect in this case. Information may be reported by calling 713-222-TIPS (8477), submitted online at www.crime-stoppers.org or through the Crime Stoppers mobile app. All tipsters remain anonymous.
Reply
What are your thoughts? Log in or sign up to comment Log in » Sign up »
Post a comment »