Do You Know This Man?

Do You Know This Man?

~ 1 year, 3 mos ago   May 16 2019, 12:41pm
HCSO Violent Crimes investigators have released photos of a male subject who forcibly pulled an elderly woman from her vehicle and drove off. 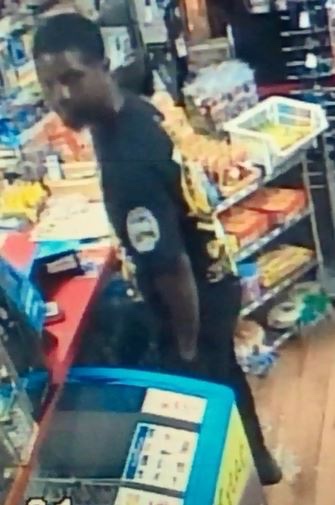 According to reports from the Harris County Sheriff's Office, on March 26, 2019 the 68-year-old female was sitting in her 2018 Honda CRV at the HK Food Mart in the 18000 block of Kingsland Blvd. in west Harris County. She was approached by a black male subject in his 20's, who forcibly removed her from her vehicle and drove off. Approximately one hour later that same male is caught on surveillance video at a convenience store in Bellville, Texas, driving the victim's vehicle and making a purchase. Some of the victim's property was found at the convenience store. In the video the suspect is wearing a black t-shirt with distinctive markings on the back of the t-shirt. Anyone with information on the identity of this subject , is encouraged to phone the HCSO Violent Crimes Unit at 713-274-9100. Crime Stoppers may pay up to $5,000 for information leading to the charging and/or arrest of the suspect(s) in these cases. Information may be reported by calling (713) 222-TIPS (8477), submitted online at www.crime-stoppers.org or through the Crime Stoppers mobile app. All tipsters remain anonymous.
Reply
What are your thoughts? Log in or sign up to comment Log in » Sign up »